Are there good public schools in the Seattle suburbs?

At SchoolSparrow, we believe the answer to this question is a resounding YES! Finding the right fit school for your family among the best Seattle suburb schools can be difficult, however.

(Not from Seattle? Don’t worry— we have content for you, too. Check out our lists of Top 5 schools in New York City, Los Angeles, Nashville, and more on our blog!)

For one thing, the housing market in Seattle is continually on the rise. As prices increase, so does the difficulty of finding an affordable home in a good school district. The average home value in Seattle is $767,906 according to Zillow. And the median list price per square foot in Seattle is $517, much higher than the Seattle-Tacoma-Bellevue Metro average of $285.

When you’re looking for the best Seattle suburb schools, it can be hard to know where to begin. After all, there are so many school rankings out there! Not all rankings are created equal, however…

Here at SchoolSparrow, we’ve ranked the top schools in Seattle’s suburbs by normalizing test scores for parent income. This means schools are ranked based on how they perform compared to their expected scores (which take parent income into account) rather than raw standardized test scores.

Our mission at SchoolSparrow is to empower families with an equitable school ranking system that meets your family’s priorities, instead of pushing them towards privileged schools in unaffordable areas.

Soon we will launch a social media campaign aimed at urging all the real estate search portals to include equitable school rankings in their listings. This way parents can make a home purchase decision with a more balanced view of school quality. You can help us by retweeting/sharing our message and asking your followers to retweet/share.

If we get enough traction, the real estate search engines will have to take notice. If you support our mission, please sign up below and we’ll send you exactly one email when our social campaign has been sent.

The test scores referenced below are the percentage of kids who meet or exceed state standards on the Reading/Language Arts (RLA) section of the National Assessment of Education Progress (NAEP) standardized test.

Jackson Elementary is located in Everett, a city half an hour north of Seattle with a population around 111,000. As one of the main cities near Seattle proper and within the Puget Sound region, it’s a perfect location for families looking for a home close to the water. Jackson itself has a great diversity score, with 20.0 out of 40 possible points.

Based on family income, the expected test score for Jackson Elementary students on the reading/language arts portion of the standardized tests is 50 (50% of kids meet or exceed state standards), but overall these students score 33% better than expected, achieving a 67 average! What’s more, the school’s scores continue to trend upwards, improving almost 10% over just one year.

Because of this, Jackson gets an A grade on SchoolSparrow. Jackson Elementary has managed to score this high on our ranking system not only as a whole, but for each individual grade as well! This school would be easy to miss because it’s unrated on GreatSchools, but it deserves to rank among the best Seattle suburb schools.

The average list price of a home in Everett, WA is $399,900, and the median sale price of a home is $426,300. The most affordable neighborhood in Everett is Bayside with an average home value of $350,500. You won’t want to miss this listing, located near Jackson Elementary.

Harvard Elementary School finds its home in Tacoma. Just half an hour south of Seattle, this urban port city has a population of 216,279. Tacoma is known for its rich art and history. In Tacoma you can visit the Museum of Glass, Mount Rainier National Park, and the Washington State History Museum.

What’s more, the  average list price for this zip code is $242 per square foot and the median home value is $354,000. With Seattle only a 35 minute drive away, this zip code combines affordable prices and great value!

But location is not the only thing that makes Harvard Elementary stand out as one of the best Seattle suburb schools.

Harvard is rated a 4/10 on GreatSchools, which might cause parents to overlook this school. But don’t write it off! This low rating does not accurately represent Harvard Elementary School. According to SchoolSparrow metrics, Harvard School deserves a score closer to 10/10!

When normalized for parent income, Harvard’s scores achieve an A grade on SchoolSparrow. Special shoutout to the Harvard Elementary 5th grade teachers who are going above and beyond. Overall, your students scored an A+ as a result of your hard work and dedication!

Looking for schools near Harvard Elementary? Check out this 4-bed, 2-bath home currently listed at $349,950.

Midland Elementary is in the Midland neighborhood of Tacoma, WA. Although this neighborhood is on the far south side of Tacoma, the school more than makes up for any driving distance.

To begin, Midland Elementary School has the highest diversity score on this list, with a 40 out of 40!

Homes in Midland have a median value of $330,000 making it a very affordable neighborhood compared to Seattle overall.

And when it comes to test scores, Midland Elementary is performing excellently. Seattle schools with similar parent income profiles score an average 37 points. Midland scores 38% higher than this expectation, achieving an overall score of 51 points!

Overall, Midland is a terrific place to send your kids leading SchoolSparrow to score Midland Elementary a A (9/10)! This score showcases student achievement more accurately than the score you’ll see on Greatschools (3/10). This school clearly deserves to rank among the best Seattle suburb schools.

Extra special shoutout to the 3rd grade teachers, whose students have scored at A+ level (10/10) two years in a row!

Curious about living near Midland Elementary? This listing is an example of a home you can buy in this school district.

Mary Lyon Elementary is another Out-Performer found in the culturally rich city of Tacoma. With a diversity score of 30 out of a possible 40 points, Mary Lyon is one of the most diverse schools on our Out-Performers list!

Much like the other schools on this list, students at Mary Lyon Elementary students do outstandingly well on standardized tests. Seattle schools with similar parent income profiles score an average 44 points (meaning 44% of students meet or exceed state standards).

Interested in living near Lyon Elementary? Tacoma, WA has a median list price per home of $314,900 and the median sale price of homes is $343,300. This listing is an example of a home you can buy in this school district.

Don’t overlook Mary Lyon because of its 5/10 score on GreatSchools. This low rating clearly fails to reflect the awesome performance of Lyon Elementary students. This school should be counted among the best Seattle suburb schools.

Like the first school on our list, Madison Elementary is located in Everett, a city half an hour north of Seattle with a population around 111,000.

As one of the main cities near Seattle proper and within the Puget Sound region, it’s a perfect location for families looking for a home close to the water.

Why is this school an Out-Performer? Just take a look at Madison Elementary’s standardized test performance.

Madison students score an astounding 25% higher than the average for schools with similar parent income profiles. This school achieves 45 points overall! What’s more, Madison has a great diversity score, with 20.0 out of 40 possible points.

Don’t discount this school just because of its 5/10 score on GreatSchools. Madison Elementary deserves closer to a 10/10, according to SchoolSparrow metrics. Our ranking system gives this school an A, and it truly is one of the best Seattle suburb schools.

Looking for homes near Madison Elementary? The average list price of a home in Everett, WA is $399,900, and the median sale price of a home is $426,300. The most affordable neighborhood in Everett is Bayside with an average home value of $350,500. Don’t miss this listing of a home you can buy in this school district. 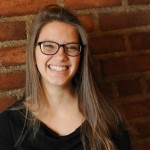